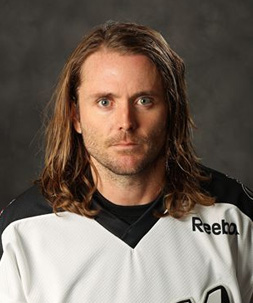 Brian has played lacrosse at the highest levels. He played 21 seasons of professional lacrosse. He was a member of the Colorado Mammoth and New York Saints in the NLL, and he played for the Bridgeport Barrage, Baltimore Bayhawks, Denver Outlaws, and Long Island Lizards in the MLL. Brian has been an ALL-STAR 6 times (once MVP of the MLL ALL-STAR game). His number (6) was retired by the Colorado Mammoth in 2012, and hangs in the rafters of the Pepsi Center today. As a member of the Mammoth he racked up over 500 points making him the 4th leading American born scorer in league history. In 2003 he was the Rookie of the Year, and in 2006 he scored 4 goals and had 3 assists in the NLL championship game - the Colorado Mammoth's only championship to date. Brian was also a member of team USA in the 2011 World Championships in Prague, Czech Republic. Brian was recently named to the St. Anthony's High School sports Hall of Fame, one of the best high schools for lacrosse in the nation.

Brian began coaching college in 1999. When he moved to Colorado a year later he was the head coach at Arapahoe High School and later the Offensive Coordinator for Cherry Creek High School, leading them to a 2010 state championship. He later coached at Highlands Ranch High School and Legend High School.

At the youth level, Brian has coached thousands of players. He co-founded Doco Lacrosse Club, and has run camps and clinics in the state for nearly 20 years. He has been a coach for Hawks, Warriors, and DLC in the spring.

Brian's credentials are obviously impressive, but more impressive is his ability to communicate the game with youth and high school players. His 16 years teaching in the classroom have given him a true understanding of the needs of his players. 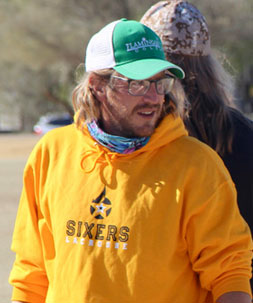 Chase comes to 6 Star with a long list of coaching experience. His impressive lacrosse career started in HS where is played at both Arapahoe and Cherry Creek HS. He racked up countless awards in HS where he was a 4 time all conference player, 4 time all state player, an All American, and an All Colorado Team member. At one point he was ranked the #1 LSM in the Nation! He was offered 15 Division 1 scholarships. He spent some time playing in the Junior Box Lacrosse professional league where he was named rookie of the year in 2009 and import player of the year in 2010. Clark’s college career was cut short due to injury but not before earning two-time collegiate All-American honors. He is continuing to play now as a member of the Israel National Box Lacrosse Team where he played in the World Championship this August. Coach Clark’s true passion is coaching. He started his coaching career as the defensive coordinator for Team Colorado where he coached many players that went on to play for top Division 1 programs. After that he spent some time coaching at Colorado Mesa University as an assistant where the defense earned best man down percentage for a NCAA Division II school as well as most forced turnovers. He spent several seasons as the head coach at Grand Junction HS. The school saw the most wins in school history while Clark was there where he coached many all-conference and all state players. Chase hopes to guide our athletes to their full potential both academically and athletically with hard work, dedication and discipline. He has a natural ability to communicate to young men and relates defensive technique to them in a way that is exciting and easy for them to understand. Any player that steps on his field has an instant connection with him which is his true gift. 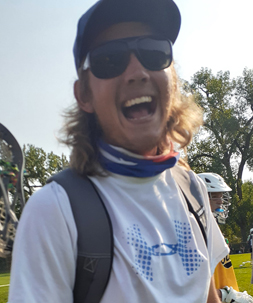 Ryder is a gifted communicator who has a wealth of knowledge and patience. As a player at Cherry Creek High School, Ryder was an All-American defenseman. He was chosen to the All-State team 3 times and was a key member of the 2010 state championship team. Ryder played his college ball at Colorado Mesa University where he was a 3x All-RMAC 1st Team all league, a pre-season All-American, and a member of the All-Decade team. Ryder is one of those coaches that the kids love playing for. He is always coaching, communicating, and keeping the players accountable, but he manages to do so in a positive fashion that keeps our young players focused on playing their best. Ryder enjoys watching MMA in his free time. 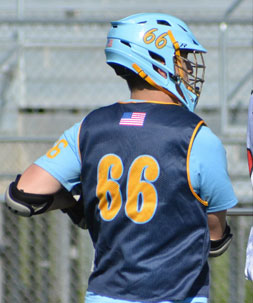 Joey began playing lacrosse in High School in Toledo, OH. He went on to play four years with Marquette University's Club Lacrosse team, and won a championship his senior year. Joey's coaching resume began as a varsity and JV defensive coordinator for several high schools in Wisconsin before returning to become the Assistant Head Coach and Defensive Coordinator for Marquette University's Club Team. He then became the Assistant Head Coach and Defensive Coordinator for Vanderbilt's Men's Lacrosse team while living in Nashville. After moving from Nashville to Denver in 2018. Joey joined 6 Star Lacrosse at the end of the summer in 2019 to continue coaching.

Joey is an avid lover of lacrosse and a constant student of the game. He has been involved in coaching, playing or working tournaments for over 12 years and is constantly looking for more ways to grow the game.

Alanna grew up playing lacrosse on Long Island, NY in a town called Manhasset which has one of the most competitive programs in the nation. She was a multi- sport athlete playing field hockey, basketball and lacrosse for all 4 years of HS. She continued her lacrosse career playing Division I lacrosse at George Mason University in VA.

After moving to CO and realizing there was no girl’s lacrosse in Highlands Ranch, she started the program at ThunderRidge HS. As the head Varsity coach, she grew the sport from 25 athletes, most of which had never played, to a thriving Top 10 program where close to 90 girls try out. While at TR, Alanna was voted “Coach of the Year” 3 times and served as the Head Coach for the Continental League in the Colorado State All Star Game.

During her coaching career she served as President on the CSLA board of directors for 5 years(the governing body of al CO HS coaches). Alanna chaired several committees including the US Lacrosse All American committee, the CO state Annual All Star game and the National Team for Team Colorado where she was responsible for all aspects, including travel.

Alanna prides herself as being involved in lacrosse in all aspects for practically her entire life; as a player, coach, administrator and most importantly parent. She can help anticipate parents/players needs and is very excited about her new role.

Favorite Quote:
Some people want it to happen, some wish it would happen, others make it happen. ~ Michael Jordan

A native of Baltimore, Maryland, Kevin Farrington attended Loyola-Blakefield High School. While competing in the MIAA conference, Coach Farrington was a HS All-American and played on 2 state championship teams.

He attended college at the US Naval Academy, where he was a 2-time Division I All-American. Coach Farrington is a member of the US Naval Academy Athletic Hall of Fame and Lacrosse Hall of Fame. He is currently #3 on Navy’s All-Time saves list, and still holds the Navy record for saves in a single game (27 vs University of Maryland in a 9-3 Navy win).

Upon graduation from Navy, he served as an officer in the US Marine Corps. Previously residing in central Florida, Coach Farrington coached for 10 years at the high school level at Hagerty HS, Bishop Moore HS, and Winter Springs HS. His teams won 4 district championships, and twice advanced to the Final 16 in Florida. He was voted the US Lacrosse High School Assistant Coach of the Year in central Florida in 2016. In addition, he served on the Board of Directors for the youth lacrosse program in central Florida, and helped found and run 2 different youth travel clubs in Florida. He was a head coach for both Sweetlax and Team Florida, at both the high school and youth levels. Since relocating to Colorado in 2017, he has coached at Cherokee Trail High School and Legend High School, as well as with the Hawks and Warriors youth lacrosse programs.

Favorite Quote:
There is no substitute for hard work. ~Thomas Edison

A native of Sykesville, Maryland, Kevin Younger attended South Carroll High School. While competing in the Maryland 5A Division Coach Younger was a First Team All-County and All-Metro player. He also helped his team achieve a state semi-final berth and was the team’s offensive MVP.

He attended St. Mary’s College of Maryland (SMCM) where he was a 4 year starter. Coach Younger lead the team in assists for 3 years and points for 2 years. His SMCM team played the toughest schedule in the country during his sophomore and junior campaign. His sophomore season they went undefeated against all Division 1 opponents, including upset wins against Georgetown and VMI. Coach Younger had 6 point performances in those games.

Upon the end of his college career Coach Younger has been involved in coaching youth lacrosse for over 35 year. He founded the Lacrosse Players Against Cancer Foundation (LPACF) which was a charitable foundation that put on a yearly tournament to raise money for cancer in Virginia Beach, which he ran for 5 years. He also assisted, along with many other former D1 and D3 players, in starting the Tidewater Youth Lacrosse Organization in Virginia Beach. He then ventured to University of Oregon for graduate school where he coached the University Of Oregon Club Lacrosse team. Since his arrival in Colorado he has immersed himself in coaching youth lacrosse at all ages and levels. Coach Younger started and ran the Bandits of the North Youth Lacrosse teams in Fort Collins, which had great success in the CYLA. Since moving to Parker, Colorado 1 ½ years ago he has been heavily involved with the Parker Hawks and working to grow the sport. He is currently serving as the Hawks Master Coach to assist all the coaches of the organization. 9News did a feature story on Coach Younger for his ability to teach sportsmanship and citizenship to youth lacrosse players.

Coach Younger has 2 favorite quotes:
"Well done is better than well said."
"You can always control your attitude, effort and preparation."
GET STARTED TODAY!